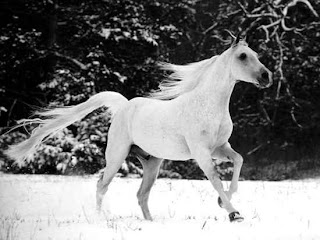 Mormon readers amongst us may be familiar with this prophesy, but most of us aren’t. The White Horse Prophecy is a statement purported to have been made in 1843, by Joseph Smith (founder of the Mormon religion). According to the prophecy, the Mormons would “go to the Rocky Mountains and … be a great and mighty people”, identified figuratively with the White Horse described in the Apocalypse of St John. The prophecy further predicts that the United States Constitution will one day “hang like a thread” and will be saved “by the efforts of the White Horse”. “A terrible revolution will take place in the land of America, such as has never been seen before; for the land will be left without a Supreme Government, and every specie of wickedness will be practiced rampantly in the land. Father will be against son and son against father; mother against daughter and daughter against mother. The most terrible scenes of bloodshed, murder and rape that have ever been imagined or looked upon will take place.” Smith believed that the US Constitution was written by the inspiration of God and that the Mormon religion would save it – and America during this time he prophesied.
Posted by Anonymous at 1:30 AM