A 67 years old Man from India has tattooed his whole body with 220 flags and a world map. He is so possessed for getting into Guinness Book of World Records that he has changed his first name to Guinness. With six tattoos of countries – Canada, Union Jack, India, USA, Cyprus and the Indian Congress Party, on his face, Guinness, who changed his name in honour of the famous record book, believes that he will complete his challenge in two years. According to Rishi, his face will include the most important flags. He believes that if the tattoo of one flag will measure 1-inch, his head will be covered with 60 flags. 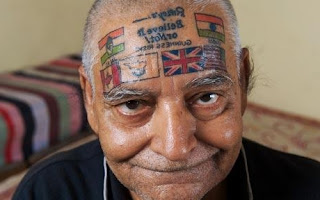 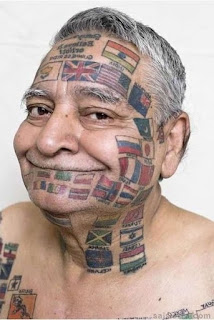 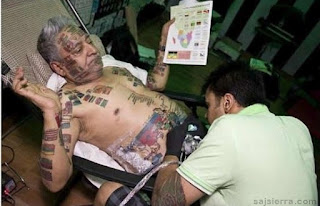 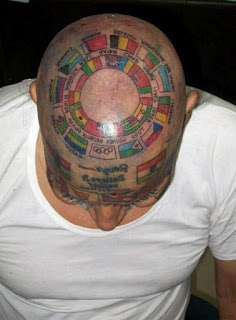 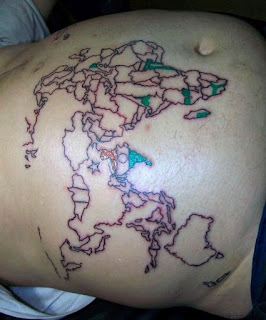 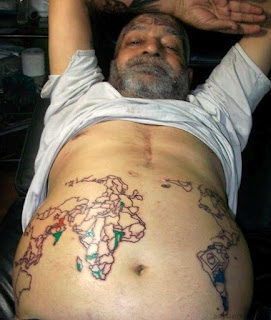 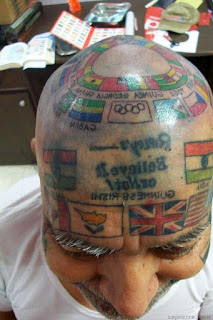