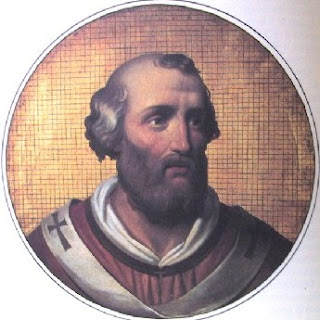 Born in Rome, the young Octavianus practically had the papacy handed to him on a silver platter. His father, a patrician of Rome, made the Roman nobles swear an oath that at the next vacancy in the papal seat, Octavianus would be elected. Sure enough, when he was only 18 the reigning pope passed away, and Octavianus was chosen as the successor, taking the name Pope John XII.

Almost everything known about John XII is found in the writings of his enemies, so it’s possible that the accounts we have are factually distorted. Nevertheless, the stories we do have are quite shocking – he was accused of committing many adulteries (even with his own niece), turning the Vatican into a whorehouse, blinding his confessor, castrating and then murdering a subdeacon, invoking demons and foreign gods… the list goes on and on.

Even if some of the reports were falsified, it still appears that John XII made for a pretty bad pope. When we read the account of John’s death that claims he was murdered by a jealous husband whose wife was the object of the pope’s special attention, it’s not too hard to believe it.
Posted by Anonymous at 1:30 AM