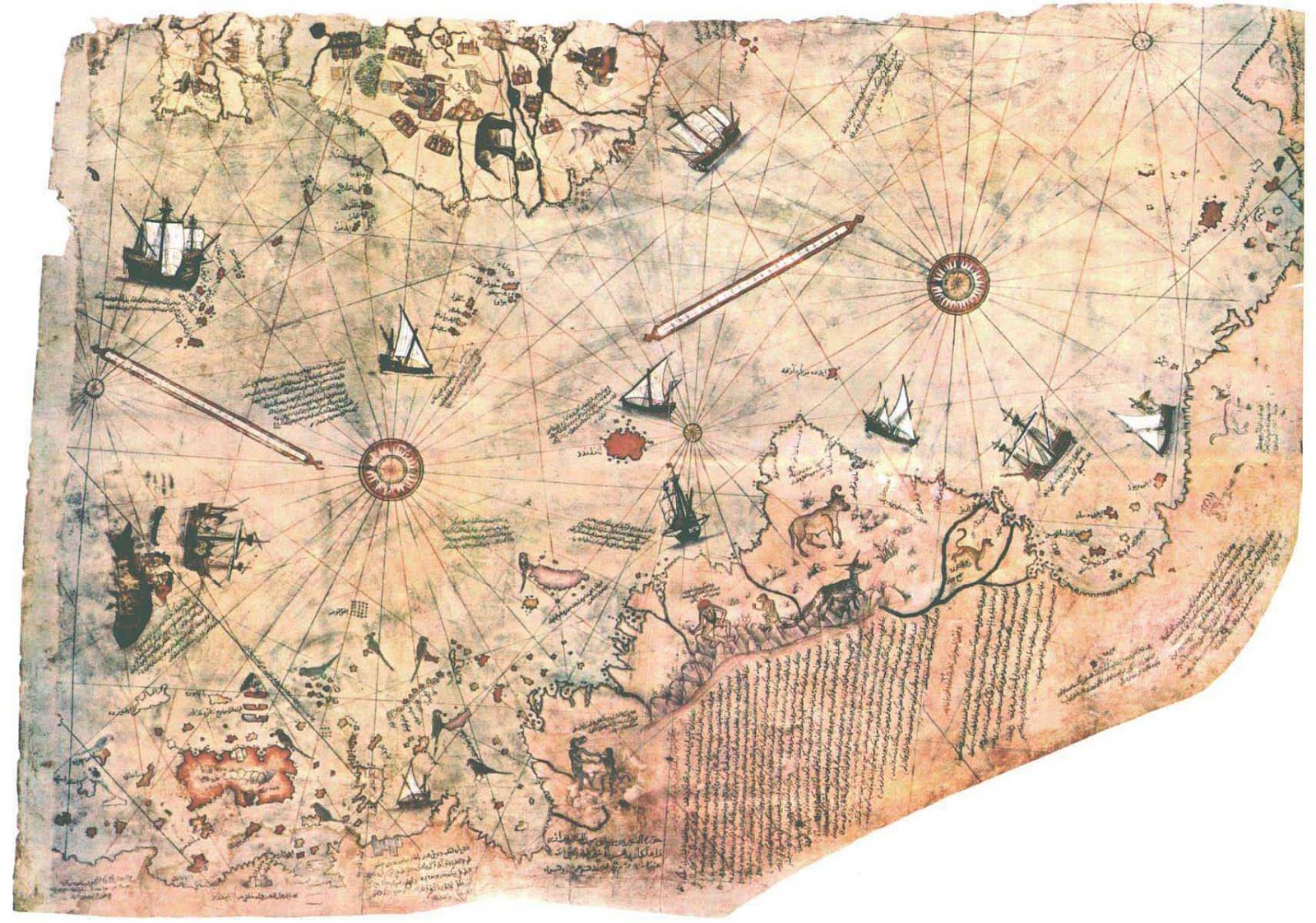 Currently located in the Library of the Topkapi Palace in Istanbul, the Piri Reis map is a puzzling enigma. It outlines the coast of western Africa, the eastern coast of South America, and even a section of the northern coast of Antarctica (thought to have been discovered 300 years after Piri Reis’s lifetime). Furthermore, the map shows the coastline without its glacial covering. Geological evidence suggests that Antarctica was last in this ice-less state in 4000 BC. Reis was a famous Turkish admiral whose passion (understandably for a seafarer) was cartography. Taking advantage of his rank and his privileged access to the Imperial Library of Constantinople, his 1513 gazelle skin map was built upon the work of others, with some of his cartographical sources dating back as far as the time of Alexander the Great. The map also seems to detail more about the topographical features of South America than Europeans were thought to have in 1513, such as the Andes.
Posted by Anonymous at 1:30 AM