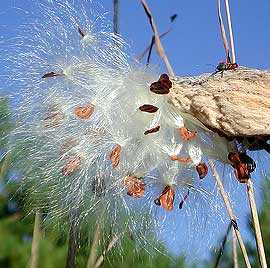 In the ancient medical manuscript the Ebers Papyrus (1550 BCE), women were advised to grind dates, acacia tree bark, and honey together into a paste, apply this mixture to seed wool, and insert the seed wool vaginally for use as a pessary. Granted, it was what was in the cotton rather than the cotton itself that promoted its effectiveness as birth control—acacia ferments into lactic acid, a well-known spermicide—but the seed wool did serve as a physical barrier between ejaculate and cervix. Interestingly, though, women during the times of American slavery would chew on the bark of cotton root to prevent pregnancy. Cotton root bark contains substances that interfere with the corpus luteum, which is the hole left in the ovary when ovulation occurs. The corpus luteum secretes progesterone to prepare the uterus for implantation of a fertilized egg. By impeding the corpus luteum’s actions, cotton root bark halts progesterone production, without which a pregnancy can’t continue.
Posted by Anonymous at 1:30 AM