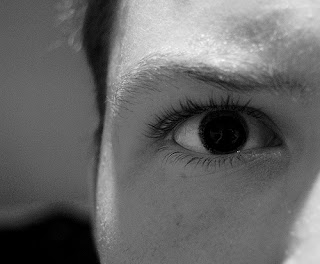 Chances are you have not heard of BEKs (Black Eyed Kids) yet. Sightings of them are few and far between but via the internet they are growing in number, and the reports describe close encounters that are not only weird, but also frightening.

The stories almost always start with a ring of the doorbell. One, two or more children appear on a ‘victim’s’ doorstep and ask for help: they need to use the toilet, make an urgent phone call or relate another tale of distress. They ask to come in, plead in some cases, but the homeowners never let them in due to an unexplained feeling of terror that overcomes them. Perhaps it is the BEKs’ entirely black eyes that induce the overwhelming horror; perhaps it is because, as one ‘witness’ described, their faces appear as slightly blurry. The mysterious encounters don’t stop there, either: “For a period of three days straight, [the BEKs] kept showing up on my driveway. When the police came they were nowhere in sight. After that, they never showed up on my driveway, but every once in a while, I will see them in the downtown area, like they are following me. They will be behind a tree, I will drive to another section of Sacramento and I would see them again or I will see them on the side of the road as I am driving by and they will stare at me.”

One man did let the children in. They claimed to need to use the toilet and phone, but it was only when they entered into the house that he saw their peculiar eyes and felt the full force of dread. The BEKs moved towards him, saying that ‘they had come to collect him’. He fled the house in terror.
Posted by Anonymous at 1:30 AM