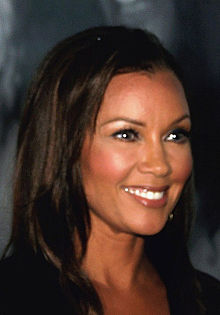 In 1983 Vanessa Williams became the first African- American to be crowned Miss America. Ten months after Williams was crowned, she received an anonymous phone call stating they had nude photos of her. The photos were taken in 1982 by Photographer Tom Chiapel when she worked as an assistant and makeup artist for Mount Kisco, New York. According to Williams, Chiapel wanted to try a new concept of silhouettes using two female models. He photographed Williams and another woman in several nude poses with some in simulated sexual positions. Williams believed the photographs were private and had been destroyed and never signed a release permitting the photos to be used. Days later, the publisher of Penthouse, Bob Guccione, announced that his magazine would publish the pictures in their September 1984 issue. When the photos hit the news stand, sponsors threatened to pull out of the upcoming 1985 pageant. Williams then resigned after pressure was put on her by Pageant officials. The title then went to the first-runner up Suzette Charles who is also African-American.

Interesting Fact: Williams is officially recognized today as “Miss America 1984″ and Suzette Charles as “Miss America 1984b”. The photos netted Bob Guccione a huge profit of $14 million. Williams filed a $500 million lawsuit against Chiapel and Guccione but eventually dropped the suit to avoid further legal battles choosing to move on with her life. Williams is quoted as saying, “the best revenge is success”.
Posted by Anonymous at 1:30 AM