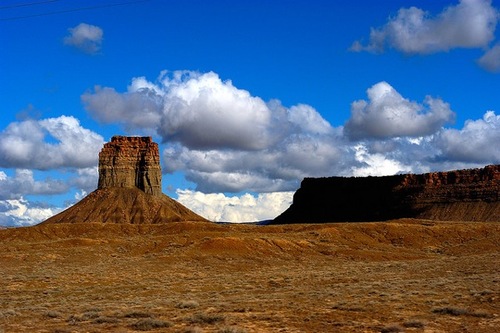 Supposedly, a top secret subterranean complex is carved into the rock below the Archuleta Mesa in Dulce, New Mexico. Claims that the base is a ‘genetics lab’ in which humans and extraterrestrials cooperatively conduct disturbing experiments have been made by various ‘leaked documents’, witness reports and even an ex-employee.

Strange humming sounds that seem to emanate from the earth near the town of Dulce have added to speculations of an underground facility, as have the presence of military helicopters that have been spotted around the area.

An author with the nom de plume of Branton claims to have interviewed former workers at the base who said: “[There] are experiments done on fish, seals, birds and mice that are vastly altered from their original forms. There are multi-armed and multi-legged humans and several cages of humanoid bat-like creatures up to seven feet tall. The aliens have taught the humans a lot about genetics, things both useful and dangerous.” The U.S. government denies the base’s existence, but that doesn’t stop the speculation.
Posted by Anonymous at 1:30 AM