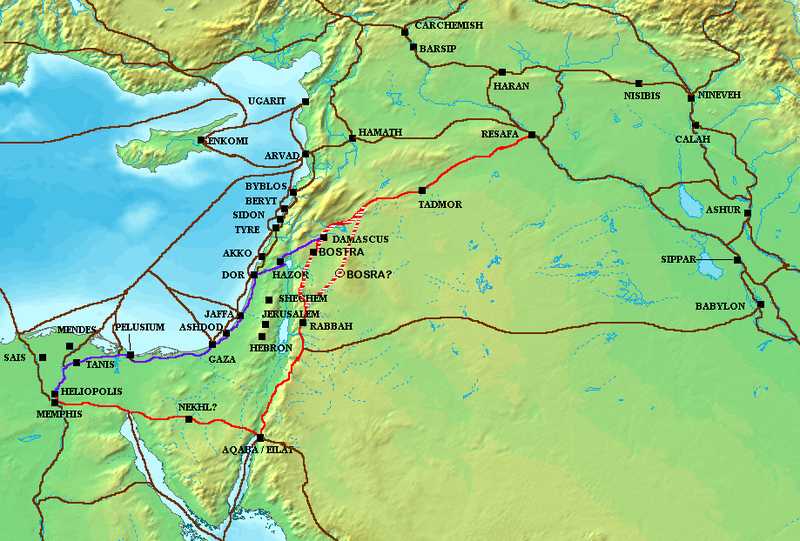 The Kings Highway was one of the major north/south trade routes connecting much of the middle east from Egypt through Syria. It is the desert route starting north at Resafa and running parallel to the coastal route ending at Heliopolis in Egypt. First mentioned by name in the Bible, the Kings Highway was the route that Moses wished to follow as he led his people north through the land of Edom, which today is in southern Jordan. The name may, however, derive from the even earlier episode recounted in Genesis 14, when an alliance of “four kings from the north” marched their troops along this route to do battle against the five kings of the Cities of the Plain, including the wicked cities of Sodom and Gomorrah
Posted by Anonymous at 1:30 AM