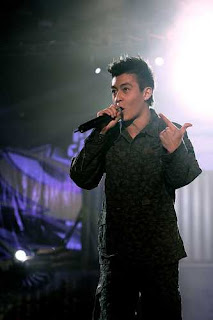 Edison Chen is a very popular Hong Kong-based Chinese Canadian film actor, singer and a pop icon. Chen has a total of 16 albums and has appeared in 28 films. In January 2008, Chen was involved in a widely publicized sex scandal when sexually explicit photographs of himself and several actresses became widely circulated on the Internet. The pictures were taken from Chen’s laptop by a technician that was repairing it. There were approximately 1,300 pictures which included actresses Gillian Chung, Bobo Chan, Cecilia Cheung and many others. Mr. Chen had originally claimed that the photos were faked but then admitted to taking the photos. Chen then held a press conference where he said that he was ashamed and was leaving show business indefinitely. Following his apology Chen attended a rehab center in Utah, for “sex addiction.”

Interesting Fact: Due to the photo scandal, the Google search engine rankings for 2008 resulted in Chen’s Chinese name being the number 1 search term in China.
Posted by Anonymous at 1:30 AM