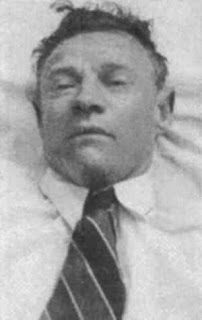 In the early hours of December 1, 1948 a dead body was found lying on Adelaide’s Somerton Beach. The man was judged to be in his early forties and in good physical condition. Curiously, all the labels were missing from his clothing, he had no identification and his dental records did not match any known person.

Even the coroner and Scotland Yard had no luck finding out the man’s identity or cause of death. The mystery deepened when a piece of paper with the printed words “Tamam Shud” on it was discovered in a secret pocket concealed within the dead man’s trousers. The scrap of paper was traced to a rare edition of a book entitled The Rubaiyat of Omar Khayyam, the back of which contained some kind of a code. Numerous unsuccessful attempts by amateurs and professional codebreakers to crack it have failed. The identity of the deceased man and even the cause of death remain unsolved to this day. The case was never closed by the South Australian Major Crime Task Force and many individuals continue to work on it.
Posted by Anonymous at 1:30 AM