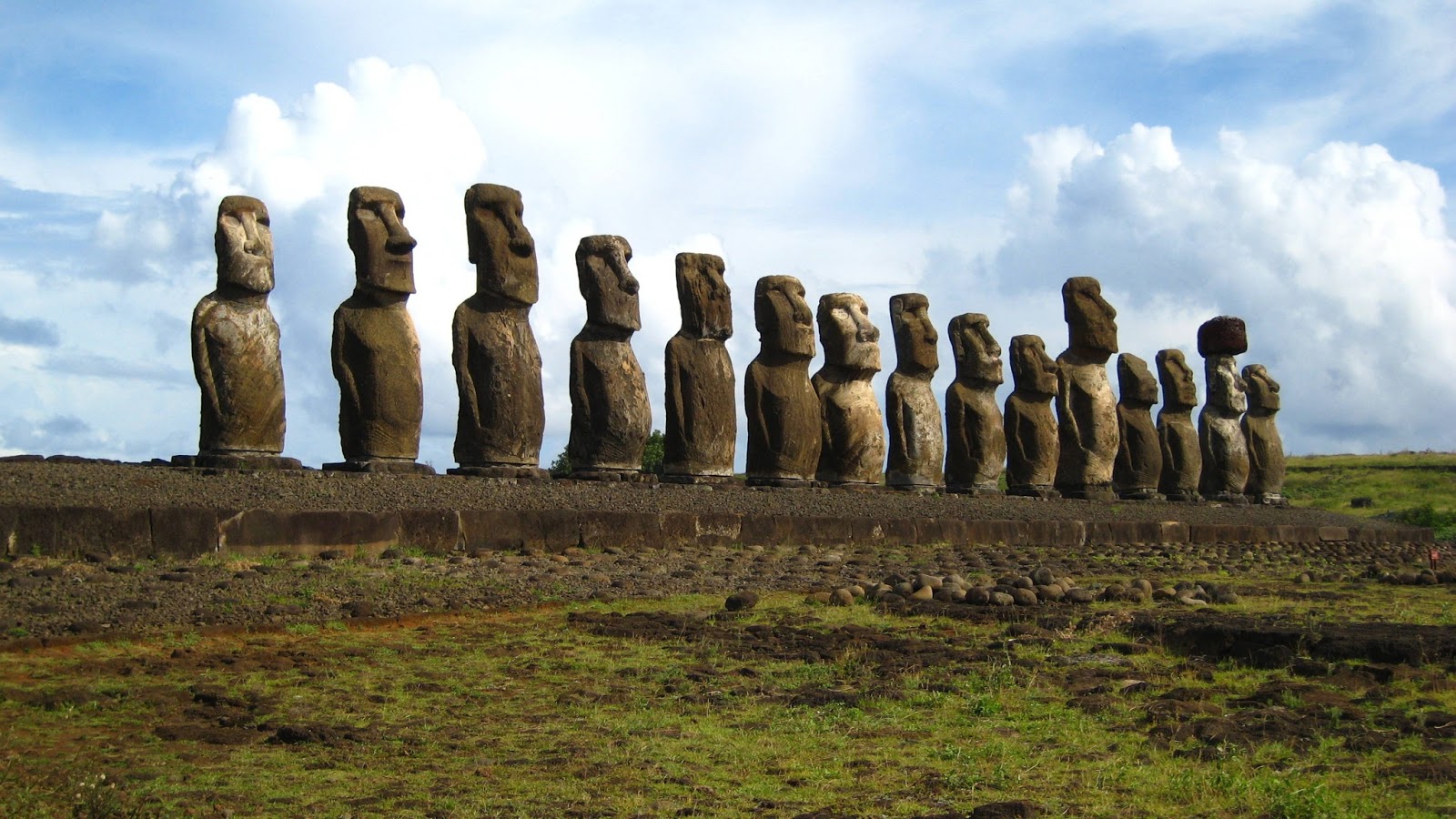 Located some 2,000 miles west of the Chilean Coast, Easter Island, or Rapa Nui, is a tiny island that has become famous for its remarkable isolation in the vastness of the Pacific Ocean. It is relatively small, measuring roughly seventy square miles in size, and is today home to around 4,000 people. The island has become well known for the massive rock sculptures called Moai that dot its beaches. They were carved sometime around the year 1500 by the island’s earliest inhabitants, and it has been said that the massive wood sleds needed to transport them from one place to another are a big part of what led to the almost total deforestation of Easter Island. Scientists have argued that the island was once lush and tree-covered, but today it is relatively barren, a feature that only adds to the sense of sheer isolation that is said to overtake most first-time visitors. When the first settlers migrated to the island, the journey took several weeks, but today there is a small airport (reportedly the most remote in all the world) that carries passengers to the island by way of Santiago, Chile.
Posted by Anonymous at 1:30 AM