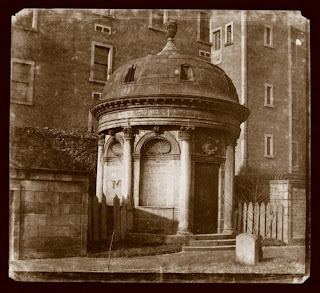 Edinburgh is a ghost hunter’s paradise. It seems that there is barely a nook or cranny of the Scottish capital that doesn’t lay claim to spooky goings-on of one kind or another, and there is one hot spot in particular that boasts inexplicable activity which is unusually well-documented.

George MacKenzie (1638–1691), Lord Advocate of Scotland, was a merciless persecutor of the Presbyterian Covenanters in life, and now it seems that he (or something else) has returned from parts unknown to take up residence in his tomb and continue his nefarious deeds.

In 1998, a vagrant broke into his tomb and fell through a rotten lower floor into a plague pit filled with skeletons. Since then, there have been over 450 reports of strange incidents, from people having lost consciousness to inexplicable fires breaking out and an unusually high number of dead animals having been found around the tomb. Visitors have had their fingers broken, hair pulled and been punched or kicked by an invisible assailant. Unexplained bruises, scratches and burns, skin gouges, nausea and numbness are all commonly reported.

The physical signs of attack often go unnoticed until people arrive home and relax or return to their hotels for the night. Witnesses have even reported activity following them home. Whatever lurks within the Black Mausoleum, it is certainly active.
Posted by Anonymous at 1:30 AM