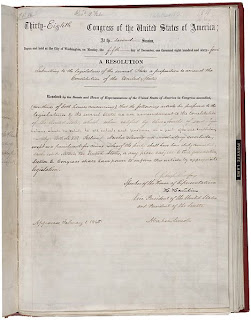 Though the U.S. government abolished slavery in 1865 with the 13th Amendment, the state of Mississippi didn't get around to making slavery illegal until 130 years later, in 1995. When the rest of the nation ratified the 13th Amendment making it illegal to sell, own, or purchase a human slave, the state of Mississippi held off because citizens wanted the government to reimburse them for money lost by freeing their slaves. It wasn't until 1995 when the state officially, if not symbolically, abolished slavery
Posted by Anonymous at 1:30 AM