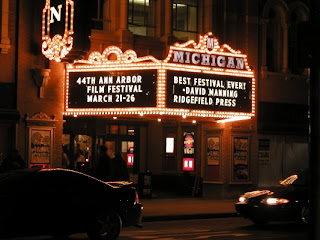 Film fans and critics often rail against so-called “quote whores”—reviewers who are willing to write a positive notice for any movie as long as the studios wine and dine them enough—and David Manning of the Ridgefield Press was seemingly one of the worst. Around 2000, his glowing reviews frequently appeared on the posters for such universally loathed films as The Animal (“another winner!”) and Hollow Man (“stupendous!”). Manning would have been a running contender for America’s worst working film critic, save for one key detail: he didn’t exist. As it turned out, a marketing executive at Sony had invented Manning as a tool for building positive press for films released by the corporation’s subsidiary Columbia Pictures. Newsweek discovered the deception when a reporter contacted the Ridgefield Press, a small weekly paper in Connecticut, only to discover that no one named David Manning had ever worked there. The incident proved to be a major black eye for Sony’s marketing division, and a spokesperson for the studio would later claim they were “horrified” by the whole episode. Not only that, but it also cost them as much as $1.5 million after two moviegoers in California sued the studio, saying that the phantom film critic had unfairly lured them into seeing bad movies.
Posted by Anonymous at 1:30 AM