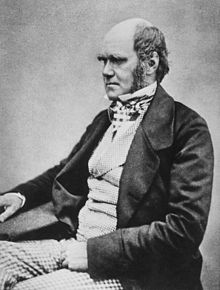 Charles Darwin was born in 1809. Even before attending school, Darwin was already showing a great interest in natural history and collecting. He later attended the University of Edinburgh Medical School but soon began neglecting his studies to learn taxidermy from John Edmonstone, who had joined Charles Waterton on his journey into the South American rainforest. In his second year of studies he joined the Plinian Society, a student natural history group, where he learned the classification of plants and animals. When he returned home from his studies he found a letter from John Stevens Henslow (a botany professor and close friend), that proposed Darwin would be a suitable gentleman naturalist to accompany captain Robert FitzRoy to chart the South American coastline on the HMS Beagle. Their journey began on December 27, 1831 and would last almost five years. Darwin spent most of his time in those years on lands investigating geology and making natural history collections. Their route took them from Portsmouth, England; to St. Jago, now called Santiago, Cape Verde; Brazil; Punta Alta in Patagonia; Chile; the Galapagos Islands; the southern coast of Australia; the Cocos (Keeling) Islands; and Cape Town, South Africa. Darwin encountered thousands of species during the voyage and when he was back home cataloguing his collections, he began to form the basic ideas which later became On the Origin of Species and his Theory of Evolution, which would become his defining work and would secure his place in the history books.

Guides did not accompany Darwin on his expedition. However, he was guided by the works of several notable naturalists and geologists. During his time at University, Darwin was influenced by Robert Edmund Grant, William Paley’s Evidences of Christianity, John Stevens Henslow, Alexander von Humbolt’s Personal Narrative and John Herschel. On the voyage itself he studied a volume of Charles Lyell’s Principles of Geology, and while in Capetown he had the opportunity to meet Hercshel.
Posted by Anonymous at 1:30 AM