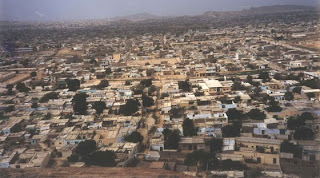 Orangi Town is a settlement located in the northwestern part of Karachi, Sindh, Pakistan. It is among the largest of all Asian shanty towns. Unlike many other inner city slums, Orangi Town is spread over a large area of land. Over 99% of the town’s population is Muslim, with many different ethnic groups. In the late 1990s, the Orangi Town community was forced to design and implement their own low-cost sewerage system.

The town experienced a violent ethnic conflict in the 90s and murder, kidnapping, and rape was common between the Pathans and Mohajirs. In 1980, Dr Akhtar Hameed Khan organized the Orangi Pilot Project. The goal of the project was to educate and develop the Orangi Town community. It has been a successful endeavor and helped the local people build water pipelines, roads, and clinics. However, the recent war in Afghanistan has made Orangi Town one of the most dangerous places in the world.

Orangi Town has a population of approximately 2.5 million people, although government records insist that it has only 700,000 inhabitants. In the last 15 years, Orangi Town’s demographic has substantially changed as a large number of Pakhtun refugees have fled from the war in Afghanistan. The Taliban conflict in northern Pakistan has also caused many people to resettle in Orangi Town. In early February of 2010 violence between the two political parties erupted.

Gunshots were heard for days, creating panic and fear among the citizens. Many businesses were closed down and the streets were deserted as the residents were confined to their homes. Political activists reportedly made pickets on the roofs of their houses and were seen firing down. The law enforcement agencies have specific regulations to not enter many war-torn areas. Suicide bombings, kidnapping, and murder have become a regular occurrence in the heart Orangi Town.
Posted by Anonymous at 1:30 AM