Disney’s Animal Kingdom theme park is one of 4 Theme Parks at Walt Disney World Resort. Even though it is a part of Disney Theme Park the zoo keepers are making sure that the animals feel as if they were in their natural habitat. It is divides into seven parts. In each part you can see exotic animals. It is the largest animal-themed park in the world! There are over 1, 700 animals from 250 species in the Animal Kingdom. But that’s not it. There are hundreds of fish and bird species that think of this place as their home. 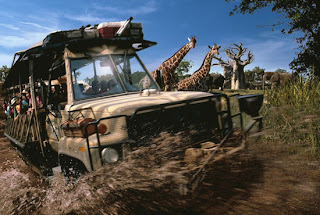