The Qutub Minar is a tower located in Delhi, India.
It is the world's tallest brick minaret with a height of 72.5 meters (237.8 ft).
Construction commenced by Qutb-ud-din Aibak who won Delhi from Prithviraj under
Muhammad Ghori as his commander in chief, and finished by Iltutmish. The Qutub
Minar is notable for being one of the earliest and most prominent examples of
Indo-Islamic architecture. It is surrounded by several other ancient and
medieval structures and ruins, collectively known as Qutub complex. 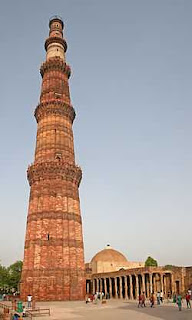 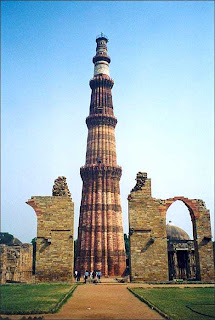 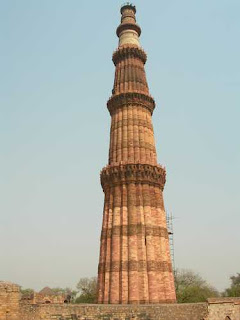 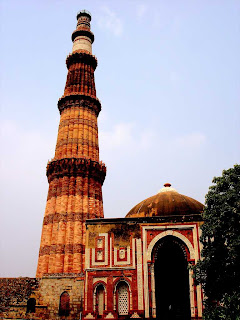