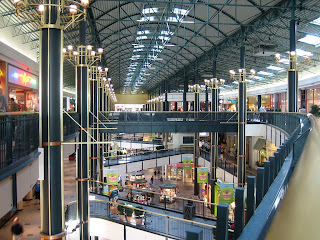 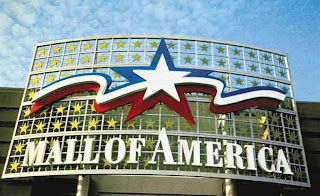 This massive mall has a theme park and a wedding chapel, where more than 5,000 couples have been married since its opening. Mall of America opened in 1992 and is the third largest mall in North America.

The mall has a gross area of 4,200,000 sq ft available as retail space. That's enough to fit seven Yankee stadiums inside of it! Mall of America is the most visited shopping mall in the world with more than 40 million visitors annually (or roughly eight times the population of the state of Minnesota). Spending 10 minutes in every store would take a shopper more than 86 hours to complete their visit to Mall of America. The mall includes a cinema, Nickelodeon Universe theme park, aquarium, adventure golf, flight simulators, and a comedy house
Posted by Anonymous at 1:30 AM