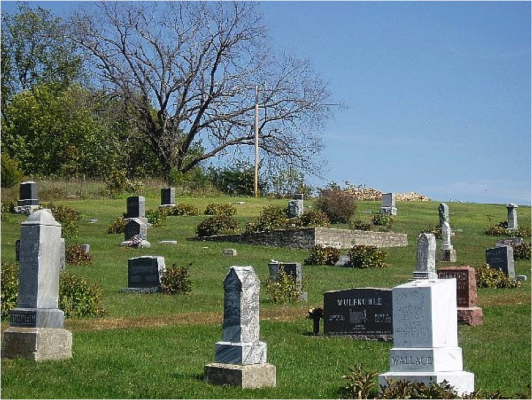 Located in Kansas, this cemetery has gained the reputation as one of the world’s most haunted cemeteries. Some people even consider it to be one of the seven gateways to Hell. There are so many legends, stories of witchcraft, ghosts and supernatural happenings surrounding it that even Pope John Paul II allegedly ordered his private jet not to fly over Stull while he was on the way to a public appearance in Colorado in 1995. The Pope considered Stull “unholy ground”.

But just how terrifying is this place? There aren’t many places as controversial as Stull Cemetery. My favorite tale is that the devil’s only half-human son is buried there with his mother. Perhaps that’s why the devil himself has been visiting the Stull Cemetery at least once (some legends report twice) a year since 1850. However, Tracy Morris, author of the Tranquility series of paranormal humor mysteries, asks a legitimate question: “Presumably, Mrs. Lucifer and little Luci Jr. would go to hell upon death, where the Prince of Darkness reigns supreme. So if they’re in hell with him, why visit their graves at all? Maybe he just wants a vacation.”
Posted by Anonymous at 1:30 AM