Fall of the Aztec Empire 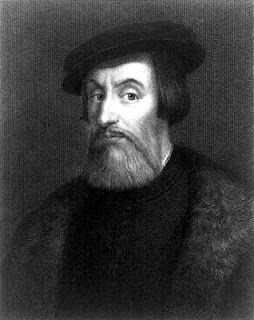 Hernan Cortes was born in 1485 in Medellin, in what was then the Kingdom of Castile in Spain. He went to the University of Salamanca when he was fourteen but soon grew tired of his studies and returned to Medellin, just as news of Columbus’ discovery was reaching Spain. Cortez left Spain for the New World in 1504 where he planned to be a colonist of the island Hispaniola (a large Caribbean island, now the location of Haiti and the Dominican Republic), he registered as a citizen when they arrived. Cortes took part in the conquest of Hispaniola and Cuba in 1506 and was rewarded with a large estate and Indian slaves. In 1518 he led an expedition into Mexico. When the governor who sent him on the expedition changed his mind (because of a rivalry between them), Cortes went anyway. He left in February 1519 with 11 ships, 500 men, 13 horses and a handful of canons. When he arrived in the Yucatan Peninsula he burnt his ships, thus committing himself to the conquest. Cortes moved inland to the city Tenochitlan, befriending thousands of Indians who were tired of the Aztec domination of the area along the way. When he reached the city, Cortes was welcomed by the Emperor Montezuma II, who believed that Cortes was the returning god Quetzalcoatl (this eventually led to his imprisonment). The conquest was short lived, and when Cortes heard that a group of Spanish forces from Cuba had come to relieve him of his command, he left Tenochitlan with a captain and rode off to defeat his opposition. When he returned victoriously, the city had revolted and he led his forces away from the city. He returned in 1521 and this time conquered not only the city, but the entire Aztec Empire.

When he first landed in Mexico, Cortes met Geronimo de Anguilar, a Spanish priest who had survived a shipwreck and captivity in a Mayan village. It was during his captivity that he learned Mayan and he became a translator for Cortes. After winning a battle at Tabasco, Cortes was given 20 young women, one of which, La Malinche, would become his mistress and bear him a child, Martin. But La Malinche was more than just his lover, she knew both the Nahuatl language of the Aztecs and Mayan, and became his interpreter and counselor.
Posted by Anonymous at 1:30 AM