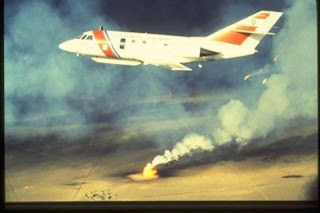 The Gulf War oil spill was not an accident; the oil was spilled purposefully during wartime. During the Gulf War in 1991, Iraqi forces, in hopes of thwarting the arrival of American Marine soldiers as well as lessening American oil supplies, unsealed and opened the valves located at an offshore oil terminal named Sea Island. They also dumped oil from many different tankers into the Persian Gulf. The media first reported that airstrikes from the Americans had blown up two oil tankers. In the end this wasn’t the case, though the Americans did eventually destroy the pipelines to avert more oil spilling into the Gulf.

By the end of it all, about 172 million gallons of oil poured into the Gulf. The oil covered over 4000 square miles and some of it was 5-inches thick. A study conducted after the oil spill found that the spill probably did very little damage in the long-term due to the fact that most of the oil evaporated and millions of barrels were able to be recovered. In the short-term, the impact on wildlife living in Kuwait and Iraq was devastating.
Posted by Anonymous at 1:30 AM