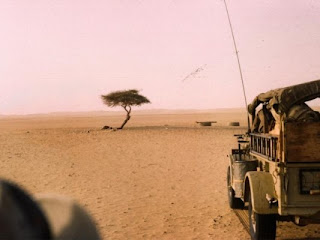 Methuselah is a 4,800 year old Great Basin Bristlecone Pine tree that is currently growing high in the White Mountains of eastern California. The tree is named after Methuselah, who is a Biblical figure that is reported to have lived for 969 years. Methuselah is growing at an elevation of 2,900-3,000 m (9,500-9,800 ft) and lives in the Forest of Ancients. Hyperion is a coast redwood tree that was discovered on August 25, 2006, by naturalists Chris Atkins and Michael Taylor. Hyperion is located in a remote area of the Redwood National Park in Northern California. The tree was confirmed to measure 115.61 meters (379.3 ft) tall.

In 1957, Methuselah was sampled by Edmund Schulman and Tom Harlan who identified the tree as 4,789 years old. As of 2011, Methuselah is the oldest known living tree and non-clonal organism in the world, aged at 4,842 years. After measurements were taken on Hyperion’s incredible size (379.3 ft), it was determined that the tree is the world’s tallest. Hyperion contains roughly 502 m3 (18,600 cubic feet) of wood. Despite its great height, Hyperion is not the largest (by volume) known coast redwood. Lost Monarch is a tree that is at least 26 feet (7.9 m) in diameter and 320 feet (98 m) in height. It is the world’s largest coast redwood in terms of wood volume. The exact location of both Methuselah and Hyperion is undisclosed to the public for fear that people will upset the ecosystem. The trees need to be protected from human vandalism.

History has taught us that sacred trees need to be guarded from the human public. Arbre du Ténéré was a solitary acacia that was once considered the most isolated tree on Earth. The tree was a landmark on the caravan routes through the Ténéré region of the Sahara desert in northeast Niger. It was the only living tree for over 200 kilometers (120 mi). Arbre du Ténéré was the last of a group of acacias that flourished when the desert was less dry. The tree stood alone for decades. During the winter of 1938-1939, the Tree of Ténéré was researched and it was found that the roots extended all the way to the water table 33-36 meters (108 to 118 feet) below the surface. Over the years, the tree suffered great damage from vandalism. In 1973, it was knocked down by an allegedly drunk Libyan truck driver.
Posted by Anonymous at 1:30 AM