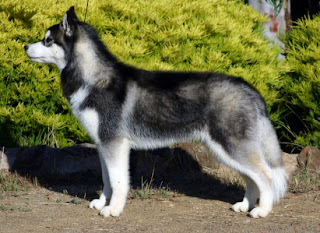 Many articles have been written that examine the most deadly animals in the world. The diseased mosquito is routinely listed as the most dangerous. However, when looking at human death by mauling and mass trauma, the domestic dog is the most deadly. In modern society, the close relationship that humans have with dogs has caused a significant amount of attacks, with injuries varying from minor to significant, and severe to fatal. It has been estimated that 2% of the U.S. population, 4.7 million people, are bitten by a domestic dog each year.

One study showed that 77% of dog bites are carried out by a pet that is owned by a family member or friend, while 50% of attacks occur on the dog owner’s property. A large debate has been raised in the United States regarding certain dog breeds. It has been statistically proven that violent breeds are inherently more prone to attack people and cause serious injury or death. Regardless of the dog’s genes, human actions and training, such as neglect, fight training, carelessness, and loss of control is a strong predictor of violence.

The amount of deadly domestic dog attacks in the United States is remarkable. In most cases the victims are babies, small children, and the elderly. One of the biggest threats to children in the U.S. is the domestic dog. In 2009, 30 individuals were killed by dogs in the United States and in 2010 32 people died. One of the largest contributing factors to these deaths is unsupervised children. Because of their small size, kids are not able to withstand a dog attack, while many adults have survived severe incidents simply because they were able to sustain and fight the animal back until help arrived. Children often engage in behavior that will trigger a dog attack. For example, approaching a chained dog, trying to hug or kiss an unfamiliar animal, or trying to pull its tail.

Since 2005, 177 people have been killed by the domestic dog in the United States and 100 (56%) were kids between the ages of 0-10. The dog’s breed plays a strong factor in the animal’s tendency to attack. It has been argued that certain breeds are inherently aggressive towards people and should be banned from personal ownership. In fact, certain pit bull-type breeds’ are forbidden in Australia, many European countries, and in several U.S. and Canadian localities. Of the 177 recorded deaths since 2005, around 50% have been attributed to a pit bull-type breed. Some other dog breeds that routinely show up on the list of attackers are the Rottweiler, Husky, Alaskan Malamute, Boxer, German Shepherd, and the American Bulldog. Isolated fatal incidents have occurred with a number of breeds, including the Bullmastiff, Weimaraner, Doberman Pinscher, Jack Russell Terrier, and the Perro de Presa Canario.
Posted by Anonymous at 1:30 AM