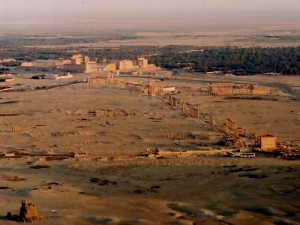 Syria – The death count may not rank Tadmor Prison as number one on this list, but no other prison sent such shivers down my spine as I did my research. The violence at Tadmor is so gruesome and utterly merciless, I felt sick reading about it. Described as a “kingdom of death and madness” by a former detainee, Tadmor features bloodthirsty guards who butcher inmates with axes, and political prisoners (read: non violent protestors) who are starved to concentration camp emaciation by prison administrators. In 1980, after an assassination attempt on the President (in Damascus), inmates were made to pay the ultimate price as commandos landed at Tadmor in helicopters, and butchered as many as 500 prisoners in their cells: this “warning: sent a clear message to Syrians about staying in line. When guards are not busy tying up inmates and dragging them to death, they can be found chopping up body parts in one of the prison’s several courtyards.
Posted by Anonymous at 1:30 AM