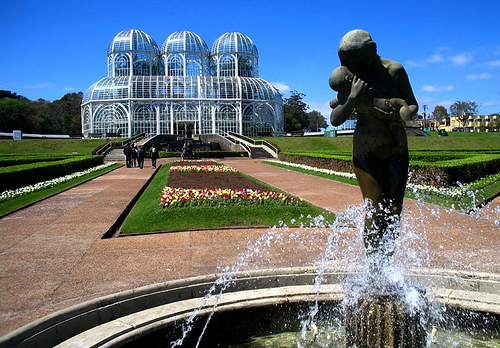 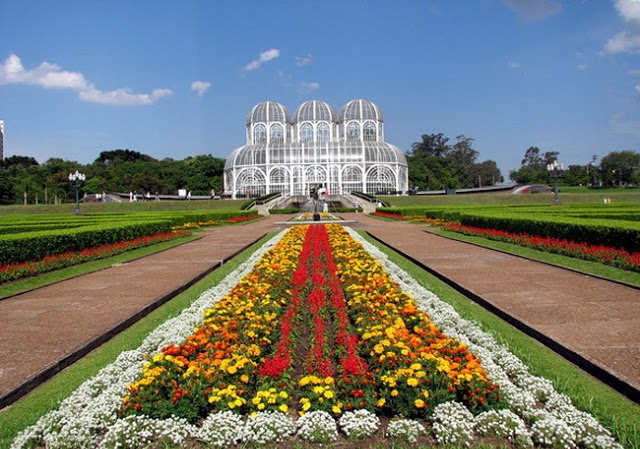 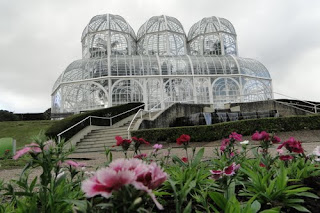 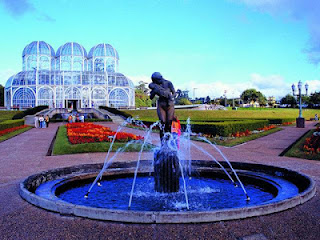 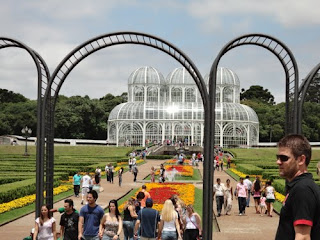 Also known as the "Jardim Botânico Fanchette Rischbieter," the Botanical Garden of Curitiba is a garden located in the city of Curitiba, the capital of the state of Paraná, and the biggest city in southern Brazil. It is the major tourist attraction of the city, and it houses part of the campus of the Federal University of Paraná. Opened in 1991, Curitiba's trademark botanical garden was created in the style of French gardens. Once at the portal of entry, extensive gardens in the French style in the midst of fountains may be seen, as well as waterfalls and lakes, and the main greenhouse of 458 square meters, which shelters in its interior, copies of characteristic plants from tropical regions. It rolls out its carpet of flowers to the visitor's right at the entrance. This garden occupies 240.000 m² in area. The principal greenhouse, in an art nouveau style with a modern metallic structure, resembles the mid-19th century Crystal Palace in London. The Botanic Museum, which provides a national reference collection of native flora, attracts researchers from all over the world. It includes many botanic species from the moist Atlantic Forests of eastern Brazil
Posted by Anonymous at 1:30 AM