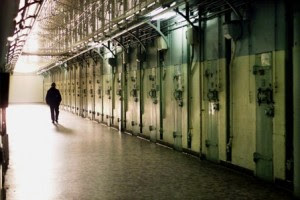 Paris, France – According to whistle-blower and former prison official Veronique Vasseur, this prison was a hellhole, where prisoners were forced to live out their sentences in concrete cells full of rats and lice. Inmates were prone to lose their sanity as they dealt with the harsh daily realities of life at La Sante – which translates, ironically, to “health” in the English language. The well being of inmates was very low on the list of priorities for the French administrators of this torture chamber on a grand scale: weaker inmates were routinely enslaved by stronger ones, and rapes were a daily event at the prison. Suicide was rampant at la Sante, with a staggering 122 self-inflicted deaths of prisoners in 2002, and 73 more by mid 2003. The tendency to suicide could be linked to the terrible living conditions that plunged inmates into clinical depression: overcrowding, understaffing, and prison violence led these people to swallow drain cleaner in order to end their suffering once and for all.
Posted by Anonymous at 1:30 AM