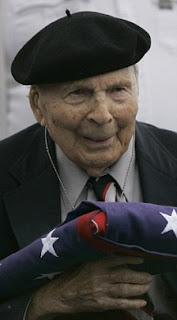 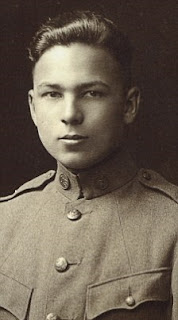 Of the 4.7 million Americans who served in World War I, only one is still living today. Frank Woodruff Buckles recently celebrated his 110th birthday, making him one of only three surviving WWI veterans in the world, and the only American. Mr. Buckles was just fifteen when he lied about his age in order to enlist in the U.S. Army. He was sent overseas where he worked in the ambulance corps, caring for wounded soldiers on the battle fields. Mr. Buckles went on to serve in World War II where he was imprisoned in a Japanese POW camp for three years before being rescued by American forces.

Not long ago Mr. Buckles lobbied for a new WWI memorial in Washington, D.C., making him the oldest person ever to have testified before the U.S. Senate.
Posted by Anonymous at 1:30 AM