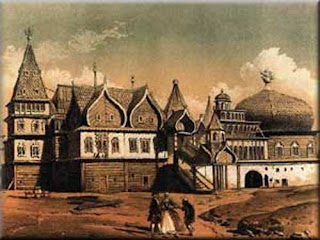 The Copper Riot 1662 started on July 25 in Moscow. The main force behind the riot was the fact that the Russian economy was on a continuous downfall. This as mostly due to the wars that Russia was having with Sweden and Poland, which in the end caused a huge rise in taxes for Russian citizens. In 1654, to attempt to slow down the problem, the government decided to use copper money which was equated to silver money. The copper money was given out in very large qualities, which then only caused devaluation of the copper money. This then lead to a whole other realm of problems, including profiteering and counterfeit money, and some of those involved in these illegal activities were government officials. All of this along with rumors flying about black lists of names of those who had caused the country’s economy to fail riled up enough people to cause a riot.

In the middle 1660s, the Russian economy seemed to be on a steady downfall. After supposed black lists full of names of those people who had been somehow responsible for the state of Russia’s economy, many citizens of Russia were infuriated. The names of those said to be to blame were posted in various locations throughout Moscow. The riot began on July 25 in the early morning hours and after the proclamation was made, the rioters made their way into Kolomenskove in order to have a talk with Alexei Mikhailovich, the Czar at the time. They quickly demanded that the traitors be surrendered to them so that the economy can become stable again. Mikhailovich promised full investigations and lower taxes. After this the rioters went back to Moscow, as rioters who did not go to the Kolomenskove were destroying homes of the merchants considered to be traitors. Some of the rioters planned to go back to see the czar, but by that time, a huge military assembled to keep the rioters away. It is said that about 10,000 people, if not more, joined in the riot, many of them Muscovites, including peasants, soldiers, people from the streltsy, and plenty others.

With an army force of 6,000-10,000 soldiers, the rioters were most definitely outnumbered. Czar Alexei ordered a full on suppression of the riot. This order eventually led to the death of 1,000 people. Some were drowned in the river, others were hanged. A few of the rioters were simply arrested and put into exile. Even though this riot only lasted the length of a day, those who participated were actually able to persuade the government. In 1663, coinage of copper was abolished, making the riot successful yet very deadly.
Posted by Anonymous at 1:30 AM