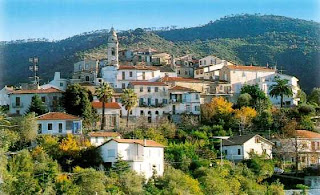 The history of Seborga dates back to the 10th century, when the small territory in northern Italy was granted independence and given to some monks so that they could build a monastery. Nearly seven hundred years later it was annexed by the Kingdom of Sardinia, which once owned large parts of Spain and Italy. But even after the end of the Sardinian Kingdom, Seborga was never officially claimed by the Italian state. Things stayed this way for another 200 years until the 1960s, when a local florist named Giorgio Carbone began arguing that the region had never lost its autonomy, and as such was technically an independent principality. Carbone managed to win over the local townspeople, and he was soon elected as the unofficial head of the “country” of Seborga.

Despite its newfound independence, things stayed mostly the same in Seborga until the mid-nineties, when the town’s 300 residents voted to once and for all declare independence from Italy. Carbone, who was already jokingly known as “your tremendousness,” became the official prince of the region, a title he held until his death in 2009. He was the most enthusiastic promoter of the Principality, and is responsible for instituting its flag, money, postage stamps, and motto “sub umbra sede” (which apparently means “Sit in the Shade”). The Italian government has never officially recognized Seborga—residents still pay Italian taxes and attend Italian schools—but they have not discouraged it from symbolically operating as a sovereign state, and today it even has its own standing army, which supposedly consists of a single soldier named Lt. Antonello Lacalo.
Posted by Anonymous at 1:30 AM