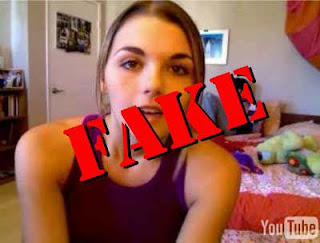 The internet has long been a breeding ground for hoaxes and alter egos, and lonelygirl15 is perhaps the most famous example. The name refers to the YouTube handle of a 16-year-old girl named Bree who started posting video blogs on the site in 2006. At first, the videos were nothing more than the online diary of an average high-school student, complete with quirky effects and complaints about how boring her hometown was. Lonelygirl15 quickly became a hit, and was eventually the most popular channel on YouTube. But after a few episodes, Bree’s growing fan base began to be suspicious over whether the videos were a hoax. A number of websites and forums soon sprang up, and amateur detectives began poring over the videos looking for clues and inconsistencies. It didn’t take long before it was discovered that “Bree” was in fact Jessica Rose, a 19-year-old L.A.-based actress, and that her YouTube account was actually a carefully scripted media hoax designed to eventually expand into a full-fledged television show. The whole episode briefly made lonelygirl15 a cultural phenomenon, and the show continued for a further two years, eventually taking on a quasi-sci-fi plot that featured a sweeping narrative and multiple characters. The character of “Bree,” once considered by many to be a real teenager, was killed off of the show in 2007.
Posted by Anonymous at 1:30 AM