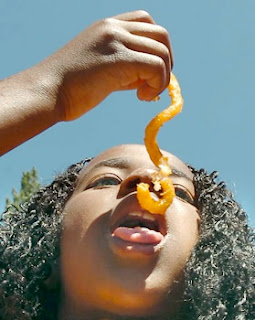 People who experience taste with greater intensity than the rest of the population are called supertasters. Having extra fungiform papillae (the mushroom shaped bumps on the tongue that are covered in taste buds) is thought to be the reason why these people have a stronger response to the sensation of taste. Of the five types of taste, sweet, salty, bitter, sour, and umami, a supertaster generally finds bitterness to be the most perceptible.

Scientists first noticed the differing abilities of people to taste a known compound when a DuPont chemist called Arthur Fox asked people to taste Phenylthiocarbamide (PTC). Some people could taste its bitterness; some couldn’t – whether people could depended on their genetic make-up (a variant of this test is now one of the most common genetic tests on humans). While about 70% of people can taste PTC, two thirds of them are rated as medium and only one third (approximately 25% of the wider population) are supertasters.

Supertasters will often dislike certain foods, particularly bitter ones, such as brussel sprouts, cabbage, coffee, and grapefruit juice. Women, Asians, and Africans are most likely to have the increased number of fungiform papillae that make them supertasters. 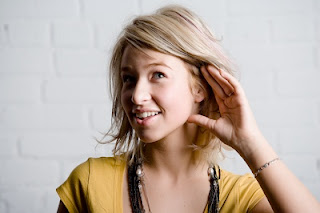 People with absolute pitch are capable of identifying and reproducing a tone without needing a known reference. It is not simply a better ability to hear but the ability to mentally class sounds into remembered categories. Examples of this include identifying the pitch of everyday noises (e.g. horns, sirens, and engines), being able to sing a named note without hearing a reference, naming the tones of a chord, or naming the key signature of a song. Doing any of these is a cognitive act – it requires one to remember the frequency of each tone, be able to label it (e.g. ‘A’, ‘C#’, or ‘F-flat’), and sufficient exposure to the range of sound within each label. Opinions vary as to whether absolute pitch is genetic or a learned ability that is strongly influenced to one’s exposure to music at crucial developmental stages – much like how a child’s ability to identify colors by their frequency depends on the type and level of their exposure to it.

Estimates of the portion of the population having absolute pitch range from 3% of the general population in the US and Europe to 8% of those (from the same areas) who are semi-professional or professional musicians. In music conservatories in Japan however, about 70% of musicians have absolute pitch. Part of the reason for this significantly larger percentage may be because absolute pitch is more common among people who grew up in a tonal (Mandarin, Cantonese, and Vietnamese) or pitch accent (Japanese) language environment. Absolute pitch is also more common in those who are blind from birth, have William’s Syndrome, or have an autism spectrum disorder. 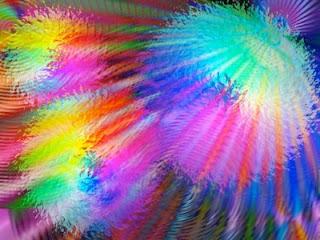 Tetrachromacy is the ability to see light from four distinct sources. An example of this in the animal kingdom is the zebrafish (Danio rerio), which can see light from the red, green, blue, and ultraviolet sections of the light spectrum. True tetrachromacy in humans is much rarer however – according to Wikipedia only two possible tetrachromats have been identified.

Humans are normally trichromats, having three types of cone cells that receive light from either the red, green, or blue part of the light spectrum. Each cone can pick up about 100 graduations of color and the brain combines colors and graduations so that there are about 1 million distinguishable hues coloring your world. A true tetrachromat with an extra type of cone between red and green (in the orange range) would, theoretically, be able to perceive 100 million colors.

Echolocation is how bats fly around in dark forests – they emit a sound, wait for the echo to return, and use that sound of the echo in each ear plus the return time to work out where an object is and how far away. Surprisingly (well, maybe not on this list!), humans are also capable of using echolocation. Use of echolocation is probably restricted to blind people because it takes a long time to master and heightened sensitivity to reflected sound.

To navigate via echolocation a person actively creates a noise (e.g. tapping a cane or clicking the tongue) and determines from the echoes where objects are located around them. People skilled at this can often tell where an object is, what size it is, and its density. Because humans cannot make or hear the higher pitched frequencies that bats and dolphins use they can only picture objects that are comparatively larger than those ‘seen’ by echolocating animals.

People with the ability to echolocate include James Holman, Daniel Kish, and Ben Underwood. Perhaps the most remarkable and well-documented of cases is the story of Ben Underwood, who lost both his eyes to retinal cancer at the age of three. He is shown in the video above (warning: the scene where he puts in his prosthetic eyeballs may be a bit disturbing for some). 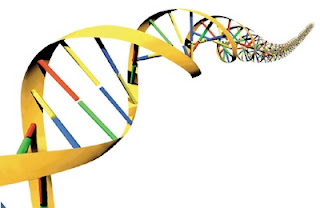 In the Iliad Homer described a creature having body parts from different animals, a chimera, from this mythological monster comes the name of the genetic equivalent – chimerism. Genetic chimerism, or tetragametism, in humans and other animals happens when two fertilized eggs or embryos fuse together early in pregnancy. Each zygote carries a copy of its parents DNA and thus a distinct genetic profile. When these merge, each population of cells retains its genetic character and the resulting embryo becomes a mixture of both. Essentially, a human chimera is their own twin.

Chimerism in humans is very rare; Wikipedia states that there are only about 40 reported cases. DNA testing is often used to establish whether a person is biologically related to their parents or children and can uncover cases of chimerism when DNA results show that children are not biologically related to their mothers – because the child inherited a different DNA profile to the one shown by a blood test. This is what happened in the case of Lydia Fairchild: DNA tests of herself and her children led the state to think that she was not actually their mother.

People born with chimerism typically have immune systems that make them tolerant to both genetically distinct populations of cells in their body. This means that a chimera has a much wider array of people to choose from should they need an organ transplant. 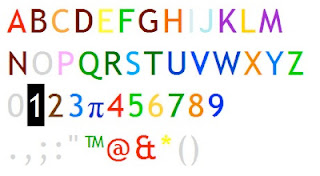 Imagine consistently associating numbers or letters with certain colours, or hearing a specific word which triggers a particular sensation of taste on your tongue. These are two forms of a neurological condition called synesthesia. Synesthesia is when stimulation of a particular sensory or cognitive pathway leads to an involuntary (i.e. synesthesia is not learnt) response in other sensory or cognitive pathways.

Synesthesia is most often genetic and the grapheme (letters, numbers, or other symbols) to colour form of synesthesia is the commonest. Other synesthetes can experience special-sequence synesthesia (e.g. where dates have a precise location in space), ordinal linguistic personification (when numbers have personalities), or sound to colour synesthesia (where tones are perceived as colours).

Although synesthesia is a neurological condition it shouldn’t be thought of as a disorder, because generally it does not interfere with a person’s ability to function. Most people are not even aware that their experiences of life elicit more sensory responses than other peoples might and the ones that are rarely consider synesthesia to have a negative impact on their lives.

Predictions of the percentage of people with synesthesia vary widely, from 1 in 20 to 1 in 20,000. Studies from 2005 and 2006, using a random population sample, suggested 1 in about 23 people have synesthesia. Examples of people with synesthesia include the author Vladimir Nabokov, composer Olivier Messiaen, and scientist Richard Feynman. Daniel Tammet, who is mentioned in the next section of this list, is a synesthete (in addition to being a mental calculator) who sees numbers with shapes and texture. 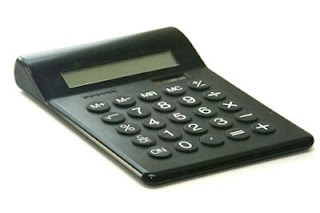 The most extraordinary group of people adept at performing complex mental calculations is those who are also autistic savants. While there are many trained people who can work out multiplications of large numbers (among other calculations) in their head extremely fast – mostly mathematicians, writers, and linguists – the untrained ability of autistic savants is the most interesting. The majority of these people are born with savant syndrome (only an estimated 50% of people with savantism are also autistic), which is still poorly understood, few develop it later in life, usually due to a head injury.

There are less than 100 recognised prodigious savants in the world and of the savants with autism who are capable of using mental calculation techniques there are even less. Recent research has suggested that a blood flow to the part of the brain responsible for mathematical calculations of six to seven times the normal rate is one of the factors that enables mental calculators to work out math much faster than the average person.

Examples of people with extraordinary calculation skills include Daniel McCartney, Salo Finkelstein, and Alexander Aitken. Daniel Tammet is one of few who are also autistic savants.

When a person has photographic memory or total recall this is called eidetic memory. It is the ability to recall sounds, images, or objects from one’s memory with extreme accuracy. Examples of eidetic memory include the effort of Akira Haraguchi who recited from memory the first 100,000 decimal places of pi and the drawings of Stephen Wiltshire (who is also an autistic savant) – his recreation of Rome is shown in the video above. Kim Peek, the inspiration for the autistic (Peek is not actually autistic though) character of Raymond Babbit in the movie Rainman, also possesses eidetic memory – among other things he can recall some 12,000 books from memory.

Whether true photographic memory exists in adults is still a controversial issue, but it is accepted that eidetic abilities are distributed evenly between men and women. One also cannot become an eidetiker through practice. 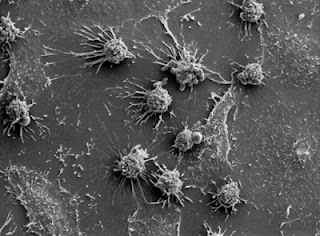 There is only one known case of a person having immortal cells (cells that can divide indefinitely outside of the human body, defying the Hayflick Limit) and that is of a woman named Henrietta Lacks. In 1951, 31 year old Henrietta Lacks was diagnosed with cervical cancer, which she died from within the year. Unknown to her and her family (i.e. without informed consent) a surgeon took a tissue sample from her tumor that was passed on to a Dr. George Gey. A scientist for the John Hopkins University Tissue Culture Laboratory, Gey propagated Lacks’ tissue sample into an immortal cell line – the HeLa cell line (pictured above). The cells from Lacks’ tumour have an active version of the telomerase enzyme (telomerase is the mechanism by which cells age or are aged) and proliferate abnormally fast. On the day of Henrietta Lacks’ death, Dr. Gey announced to the world that a new age in medical research had begun – one that might provide a cure for cancer.

HeLa cells were utilised in 1954 by Jonas Salk to develop the cure for polio. Since then they’ve been used in researching cancer, AIDS, the effects of radiation and toxic substances, and for mapping genes, among other things.

Today, the HeLa cells are so common in laboratories that they contaminate many other cell cultures and have rendered some biological studies invalid through their presence. There are also more HeLa cells alive today than when Henrietta Lacks was alive – they outweigh her physical mass by many times. Tragically, Lacks was never told of the immensely valuable contribution her cells made to science and her family was not informed until many years later that her cells were being used for research purposes (a 1990 court ruling later verified Lacks’ hospital as the owner of her discarded tissue and cells).
Posted by Anonymous at 1:30 AM