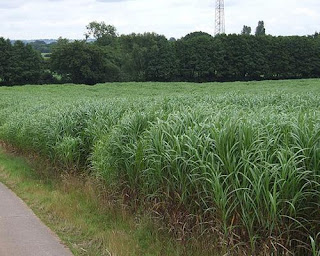 Humans add about nine gigatons of carbon to the atmosphere annually, and plants and trees absorb about five of those gigatons. The remaining carbon contributes to the greenhouse effect and global warming, but scientists are working to create genetically engineered plants and trees that are optimized for capturing this excess carbon.
Carbon can spend decades housed in the leaves, branches, seeds and flowers of plants; however, carbon allocated to a plant’s roots can spend centuries there. Therefore, researchers hope to create bioenergy crops with large root systems that can capture and store carbon underground. Scientists are currently working to genetically modify perennials like switchgrass and Miscanthus because of their extensive root systems. 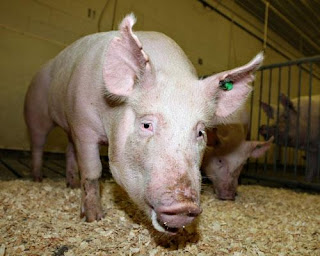 The Enviropig, or “Frankenswine,” as critics call it, is a pig that’s been genetically altered to better digest and process phosphorus. Pig manure is high in phytate, a form of phosphorus, so when farmers use the manure as fertilizer, the chemical enters the watershed and causes algae blooms that deplete oxygen in the water and kill marine life.
So scientists added an E. Coli bacteria and mouse DNA to a pig embryo. This modification decreases a pig’s phosphorous output by as much as 70 percent — making the pig more environmentally friendly. 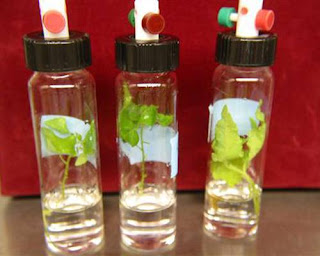 Scientists at the University of Washington are engineering poplar trees that can clean up contamination sites by absorbing groundwater pollutants through their roots. The plants then break the pollutants down into harmless byproducts that are incorporated into their roots, stems and leaves or released into the air.
In laboratory tests, the transgenic plants are able to remove as much as 91 percent of trichloroethylene — the most common groundwater contaminant at U.S. Superfund sites — out of a liquid solution. Regular poplar plants removed just 3 percent of the contaminant. 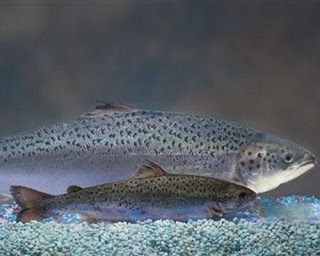 AquaBounty’s genetically modified salmon grows twice as fast as the conventional variety — the photo shows two same-age salmon with the genetically altered one in the rear. The company says the fish has the same flavor, texture, color and odor as a regular salmon; however, the debate continues over whether the fish is safe to eat.
Genetically engineered Atlantic salmon has an added growth hormone from a Chinook salmon that allows the fish to produce growth hormone year-round. Scientists were able to keep the hormone active by using a gene from an eel-like fish called an ocean pout, which acts as an “on switch” for the hormone.
If the FDA approves the sale of the salmon, it will be the first time the government has allowed modified animals to be marketed for human consumption. According to federal guidelines, the fish would not have to be labeled as genetically modified. 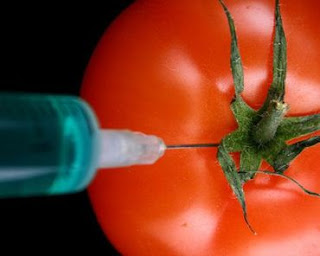 The Flavr Savr tomato was the first commercially grown genetically engineered food to be granted a license for human consumption. By adding an antisense gene, the California-based company Calgene hoped to slow the ripening process of the tomato to prevent softening and rotting, while allowing the tomato to retain its natural flavor and color.
The FDA approved the Flavr Savr in 1994; however, the tomatoes were so delicate that they were difficult to transport, and they were off the market by 1997. On top of production and shipping problems, the tomatoes were also reported to have a very bland taste: “The Flavr Savr tomatoes didn’t taste that good because of the variety from which they were developed. There was very little flavor to save,” said Christ Watkins, a horticulture professor at Cornell University.. 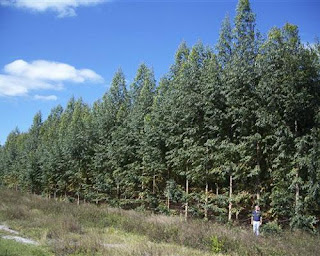 Trees are being genetically altered to grow faster, yield better wood and even detect biological attacks. Proponents of genetically engineered trees say biotechnology can help reverse deforestation while satisfying demand for wood and paper products. For example, Australian eucalyptus trees have been altered to withstand freezing temperatures, and loblolly pines have been created with less lignin, the substance that gives trees their rigidity. In 2003, the Pentagon even awarded Colorado State researchers $500,000 to develop pine trees that change color when exposed to biological or chemical attack.
However, critics argue that not enough is known about designer trees’ effect on their natural surroundings — they could spread their genes to natural trees or increase wildfire risk, among other drawbacks. Still, the USDA in June gave approval for ArborGen, a biotechnology company, to begin field trials for 250,000 trees in seven southern states.
Posted by Anonymous at 1:30 AM