The Solar Arch is a concept formulated by industrial designer Tyson Steele. It will provide covering for rural roads, that in turn can generate renewable solar energy for off-grid highway lighting. The Solar Arch can also supplement electricity demands in neighboring low capacity required areas. 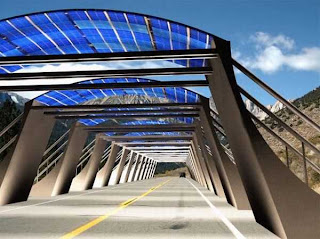 Conceived by industrial designer David Huang, this unique concept features vehicles extracting energy from the road infrastructure and roads in turn drawing energy from the environment. Based on an open-return wind tunnel design that produces a continuous stream of air flow from the environment, the roadway is shaped like a half-pipe in cross section. It has a series of solar-powered turbines and fans hovering above to push air into the road pathway, in addition to continuously drawing air at a controlled rate by outer drawing vents on the flanks – forming a cycle effect. 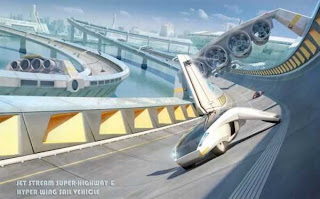 Contrived by inventors Gene Fein and Ed Merritt, this progressive project is based upon the green dictum of endless highways becoming metamorphosed into renewable energy generators, which could one day power our cities with clean energy and can also offer electricity for roadside charging of electric vehicles. 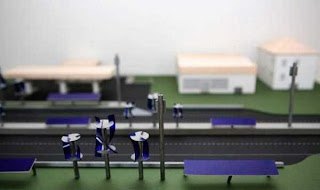 E Turbine on the Highways

Conceptualized by industrial designer Pedro Gomes and aptly named the E Turbine, it is basically a wind generation system that uses the air movement emanated from passing traffic to produce and accumulate energy. Supposedly it can also work with street and road lighting, information panels and emergency phones. 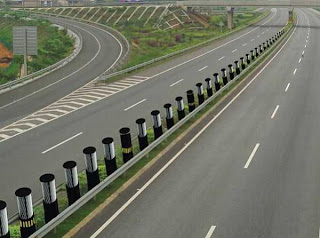 The Solar Roadway is a prototype of an ‘intelligent’ road with solar panels imbued onto the road itself. Along with generating clean electricity, these panels can also provide data about damages and other information, by the help of microprocessing boards embedded in them. 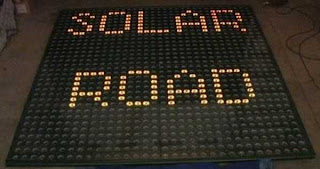