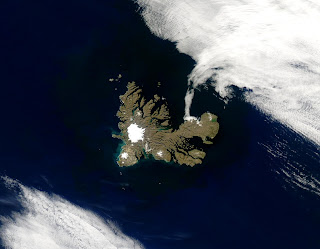 Also known as the “Desolation Islands” for their sheer distance from any kind of civilization, the Kerguelen Islands are a small archipelago located in the southern Indian Ocean. There is no airstrip on the islands, and to get to them travelers must take a six-day boat ride from Reunion, a small island located off the coast of Madagascar. The islands have no native population, but like Antarctica, which lies several hundred miles south, the Kerguelens have a year-round population of scientists and engineers from France, which claims them as a territory. The islands do have something of a storied past, and since they were first discovered in 1772 they have been visited by a number of different biologists and explorers, including Captain James Cook, who made a brief stop on the archipelago in 1776. Today the island is primarily a scientific center, but it also holds a satellite, a French missile defense system, and even serves as a sort of refuge for a particular type of French cattle that has become endangered on the mainland.
Posted by Anonymous at 1:30 AM