The Principality of Outer Baldonia 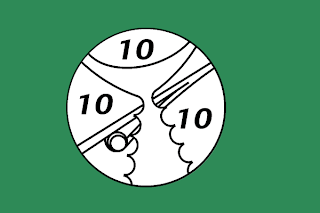 The Principality of Outer Baldonia was a tongue-in-cheek nation started in 1948 by a publicist for Pepsi and notorious eccentric named Russell Arundel. He began his nation project after stumbling across a small island while sport fishing off the coast of Nova Scotia in Canada. He soon bought the island, built a small fishing lodge, and began regularly going on drunken weekend getaways to it with his friends. During one of these late night drinking sessions, Arundel and his pals concocted the Constitution (which mandated fishing and the consumption of rum as time-honored state pastimes) and Declaration of Independence for what they called the Principality of Outer Baldonia. They doled out government titles among the group (anyone who caught a tuna and paid a fee was immediately declared a “prince”), and even developed a currency. They later released a State Charter that stated taxes and women were banned from the island, and that its main export was empty beer bottles.

Baldonia would have remained just a joke among friends, but Arundel went so far as to list his office number in Washington D.C. as that of the Embassy for the Principality. Soon, he and his imaginary country were being invited to state functions, and Baldonia was supposedly mistakenly asked to join the United Nations. Arundel and his fake country even became famous enough to warrant criticism from a Soviet newspaper, which Baldonia responded to, naturally, with a declaration of war. The Baldonian Navy, which was made up entirely of local fishing vessels, supposedly took the sea in order to attack the Russians, but it can only be assumed that they got sidetracked and went drinking instead.
Posted by Anonymous at 1:30 AM