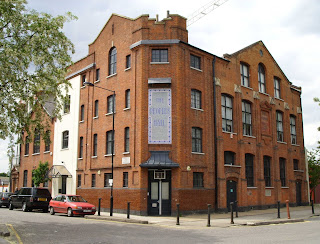 In the late 70s, a small, derelict section of the Notting Hill region of London gained worldwide attention after it declared its independence from the rest of Britain. The community, which called itself Frestonia thanks to its location on Freston road, was made up of squatters and other counterculture types who had been threatened with eviction by the local city council. Unwilling to abandon their lifestyle, the residents banded together, and after voting overwhelmingly to secede, declared themselves a sovereign nation on Halloween night 1977. They quickly applied for induction into the United Nations, and warned that peacekeeping troops would be needed if the council tried to evict them by force. Because of constant media coverage, the city found it difficult to throw the Frestonians out of their neighborhood, and following a public inquiry the micronation was given the right to exist.

The residents jumped at the opportunity to build their own nation, and soon created their own newspaper, postage stamps, national anthem (three of them, actually), and even a film institute that regularly showed concert footage of the Sex Pistols. The area became a counterculture haven, to the point that in 1982 The Clash even came to the community to record their album Combat Rock. Eventually, though, members of the region negotiated an agreement with the city to help in rebuilding the crumbling district. This meant that Frestonia lost its cherished freedom from the British government, and many of the original citizens moved away. The organization of the little country-within-a-country soon collapsed, but even today the neighborhood remains an unusually close-knit community.
Posted by Anonymous at 1:30 AM