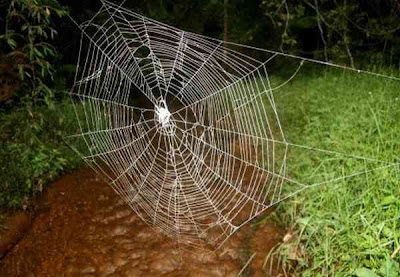 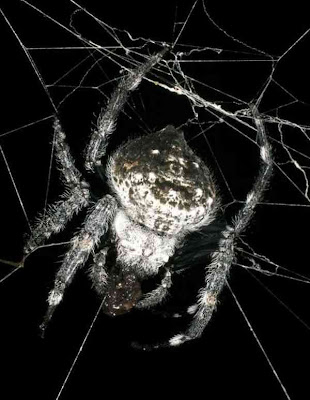 This enormous spider was found in Madagascar, home to many species found nowhere else in the world. These spiders build enormous webs, as you can see, spanning everything from trees to rivers. One monster of a web was measured at 82 feet across a river. The other unusual thing about the web the Darwin’s dark spider weaves is that it has twice the strength of any other spider silk and up to ten times the strength of Kevlar. 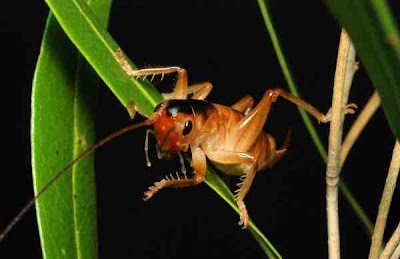 This little fellow is found on Réunion Island in the Indian Ocean. It made the Top 10 list because it is the only pollinator of a rare endangered orchid, Angraecum cadetii. 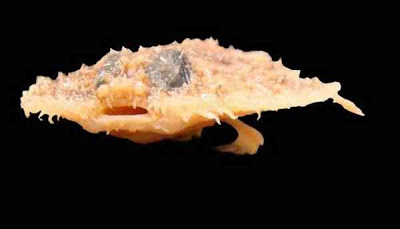 The pancake batfish is a real curiosity for two reasons. It lives either completely or partially in the area affected by the Gulf Oil Spill of 2010, which does put some question marks over survival of the species. The batfish walks on thick fins, very awkwardly – hence its name, as its gait is reminiscent of a walking bat’s. 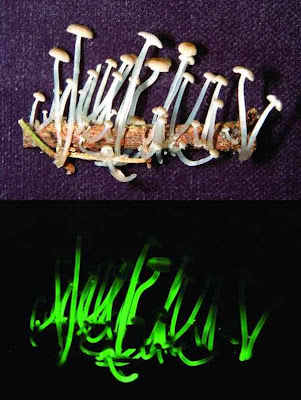 Amazing little mushrooms that glow in the dark also made the list; they’re found in a forest near São Paulo, Brazil. The caps are less than 2 cm across and the stems glow greenish yellow at all times owing to a gel on the mushrooms’ stems. This fungi was named after a portion of Mozart’s Requiem. 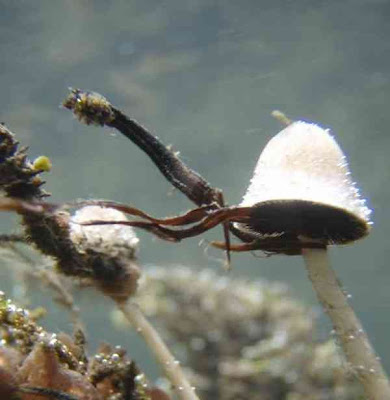 In the fresh, clean river water of the Rogue River, Oregon, a gilled mushroom species was found that actually fruits under water. 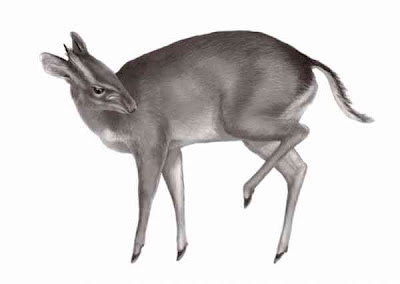 This tiny new antelope, called a duiker, was found in a bushmeat market in West Africa. “The discovery of a new species from a well-studied group of animals in the context of bushmeat exploitation is a sobering reminder of the mammalian species that remain to be described, even within those that are being exploited on a daily basis for food or ritual activities,” said Marc Colyn of the University of Rennes, France. 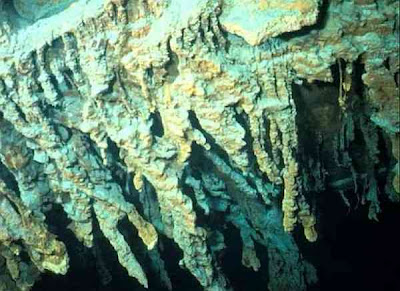 This entry is a new bacteria found on the rusting hull of the Titanic. It creates mounds of corrosion, or rusticles, and scientists hope it can be used to deal with other ships at the bottom of the ocean. 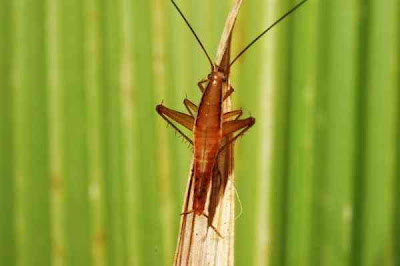 In South Africa’s Silvermine Nature Reserve, just what we need, a new species of cockroach! It is unique in that its legs have been modified for jumping, and it jumps as far and very like a grasshopper. These are the first known living jumping cockroaches, the only other such roaches being fossils from the late Jurassic era. 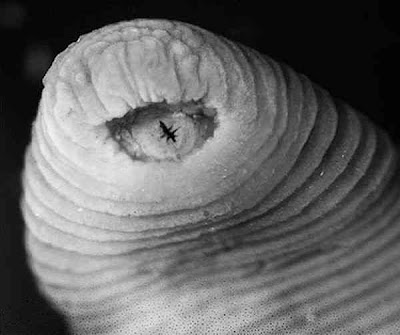 This scary looking leech was discovered in Peru, attached to the mucus membrane of someone’s nose! It is less than 2 inches long but has huge teeth and one strong jaw.

Six feet six inches long but weighing only 22 pounds, this fruit-eating monitor lizard was discovered in the Philippines. It has green yellow dots and a darker body with stripes of gold flecks.
Posted by Saj at 1:30 AM